What every woman can do to prevent cervical cancer 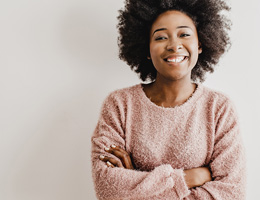 There are actually three positive things that can be said about cervical cancer:

1. Routine Pap tests have made it a much less deadly cancer today than it once was.

2. It is nearly always treatable when found in its early stages.

3. Many of its risk factors are known and preventable.

The cervix is the part of a woman's reproductive system found at the lower end of the uterus. Sperm passes through it to fertilize eggs. Babies pass through it to be born.

Cancer can also develop in it, starting as a series of cell changes.

Cervical cancer usually doesn't cause symptoms until its later stages. That's why it's so important to spot it early—and take steps to stop it from ever starting.

What puts you at risk for cervical cancer?

The biggest risk factor for cancer of the cervix is a virus.

The human papillomavirus (HPV) is spread through sexual contact. Infection is extremely common: Nearly everyone will get at least one type of HPV at some time in their lives, according to the Centers for Disease Control and Prevention (CDC).

Of the multiple strains of HPV, only a small number have been linked to the cell changes associated with cervical cancer. But nearly all cases of cervical cancer are linked to infection with HPV, says CDC.

According to the American Cancer Society (ACS), other risk factors for cervical cancer include:

What you can do, step by step

Get regular screenings. Screening tests can spot cervical cancer in its earliest stages, when treatment is most effective, and the test can also alert you to cell changes that could develop into cancer later. Screening should begin at age 25 and continue through age 65. The ACS recommends primary HPV testing every five years. If primary HPV testing is unavailable, the ACS says you can get a co-test that combines an HPV test with a Pap test every five years or a Pap test by itself every three years.

Get the HPV vaccine. Males and females from 9 to 45 years old can be vaccinated against HPV, including the strains believed to cause most cases of cervical cancer. The vaccine also protects against HPV types that cause genital warts or other cancers—those of the throat, mouth, anus, penis, vagina and vulva. For best protection, health experts recommend the vaccine be given at age 11 or 12, before a person becomes sexually active.

Talk with your doctor

Keep in mind that most strains of HPV don't cause cervical cancer.

The infection is far more likely to go away on its own without causing any health problems than to lead to serious disease.

However, talk to your doctor to make sure you're up-to-date on your screenings.